NOTICE TO ALL UNION MEMBERS OF THE BASIC CRAFTS

This an update to all members of Teamsters Local 399, IBEW Local 40, Laborers Local 724, Plasterers Local 755 and Plumbers Local 78 ("Basic Crafts") about what you may be hearing regarding the upcoming request for strike authorization from the IATSE International and its Hollywood members in the thirteen (13) local unions covered by its Basic and Videotape Agreements. We have received many questions, heard your concerns and want to provide an update to our members. President Matt Loeb has made it clear that the IATSE will not recommend a collective bargaining agreement to its membership that does not solve its core priorities in negotiations, such as reasonable rest during and between workdays and on the weekend, equitable pay on streaming "New Media" productions and a livable wage floor. He is demanding his membership be treated with dignity (imagine that).

While our New Media issues are different than the IATSE, The Basic Crafts, and our more than three (3) million members represented by our individual Internationals, are 1000% behind the IATSE International, its 13 locals and their thousands of members in their pursuit of a fair and equitable contract for their employees. They are currently working under an expired contract. Our contracts have been extended through October 15th, however, we are not in a position to commence our negotiations until we know where their contract ends up.

The IATSE International will be seeking strike authorization from its membership in the near future. I want to be very clear that a Strike Authorization vote does not guarantee there will be a strike. A "yes" vote simply means that the membership authorizes President Loeb to call a strike if there continues to be no progress in negotiations with the producers. The IATSE membership will need to vote to authorize a strike and the parties will need to reach an impasse before there is a strike. President Loeb has assured us that he is committed to continuing to fight on behalf of his members to negotiate a resolution to their issues, however, this will be contingent on the producers recognizing the IATSE members concerns around reasonable rest periods, meal breaks and their new media provisions.

We know that negotiations can be difficult, especially when the demands for safety, respect and dignity at work are not being met by the employers. We stand in Solidarity with the IATSE members in their fight and will keep our members as updated as possible as more information becomes available.

Lastly, due to the ongoing IATSE negotiations and pending Basic Crafts negotiations, our ‘Return to Work’ Agreement has been extended with no changes until October 31, 2021. Should you have any questions or concerns about this agreement, please reach out to the Union Hall directly.

Thank you again for your patience during this trying period of time.
In Solidarity,

How to apply for California Unemployment Insurance. 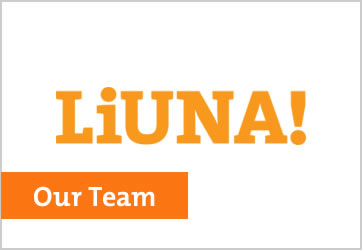 Meet your team members who are committed to serving our membership in securing a safe work environment. 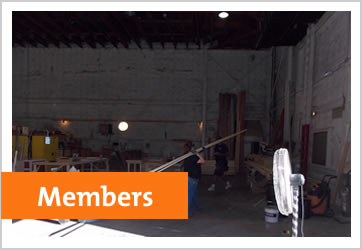 Pay your dues online or sign up for automatic payments.

Contact our Office or get the address to any one of our offices.

Welcome to the Studio Utility Employees, Local 724 website. We represent the Utility Workers in the Motion Picture Industry. We support the Carpenters, Painters, Electricians, Plumbers, Plasterers, Sheet Metal Workers and other crafts in television and film production. Additionally, we work in Theme parks and Outdoor Media in Southern California.

Local 724 is affiliated with the Laborers International Union of North America (LiUNA!). We received our charter on February 1, 1929. Local 724 has a long and successful relationship with the television and film industry as well as Outfront Media and Universal Studios Hollywood. Additionally, Local 724 is the signatory union for OUTFRONT Media (formerly CBS Outdoor), a company that installs and maintains billboards throughout Southern California.

One of Local 724’s largest employers is Universal Studios Hollywood. Our members work building, installing, repairing and maintaining rides, attractions, buildings, and grounds as well as representing a large contingent of custodians. Throughout the film and television industry we keep the stages and sets safe and ensure that the construction departments run smoothly. When needed, we travel worldwide to support production companies. Local 724 is the go-to union for the movie and television industry in Southern California and beyond.